E1, E81, TO88, E151, RS8, C80, CHF83, BC14, T111, T26, T37, and T69 responded to 1804 Solomon Road for the reported kitchen fire at 21:10 on September 11th, 2016. E1 arrived on scene to find smoke showing from the first floor of the alpha side of the structure. CHF80 noted flames showing from the charlie side of the building during an initial size-up of the incident. Crews entered the structure with a hoseline and quickly extinguished the kitchen fire, limiting damage to one unit in the building. 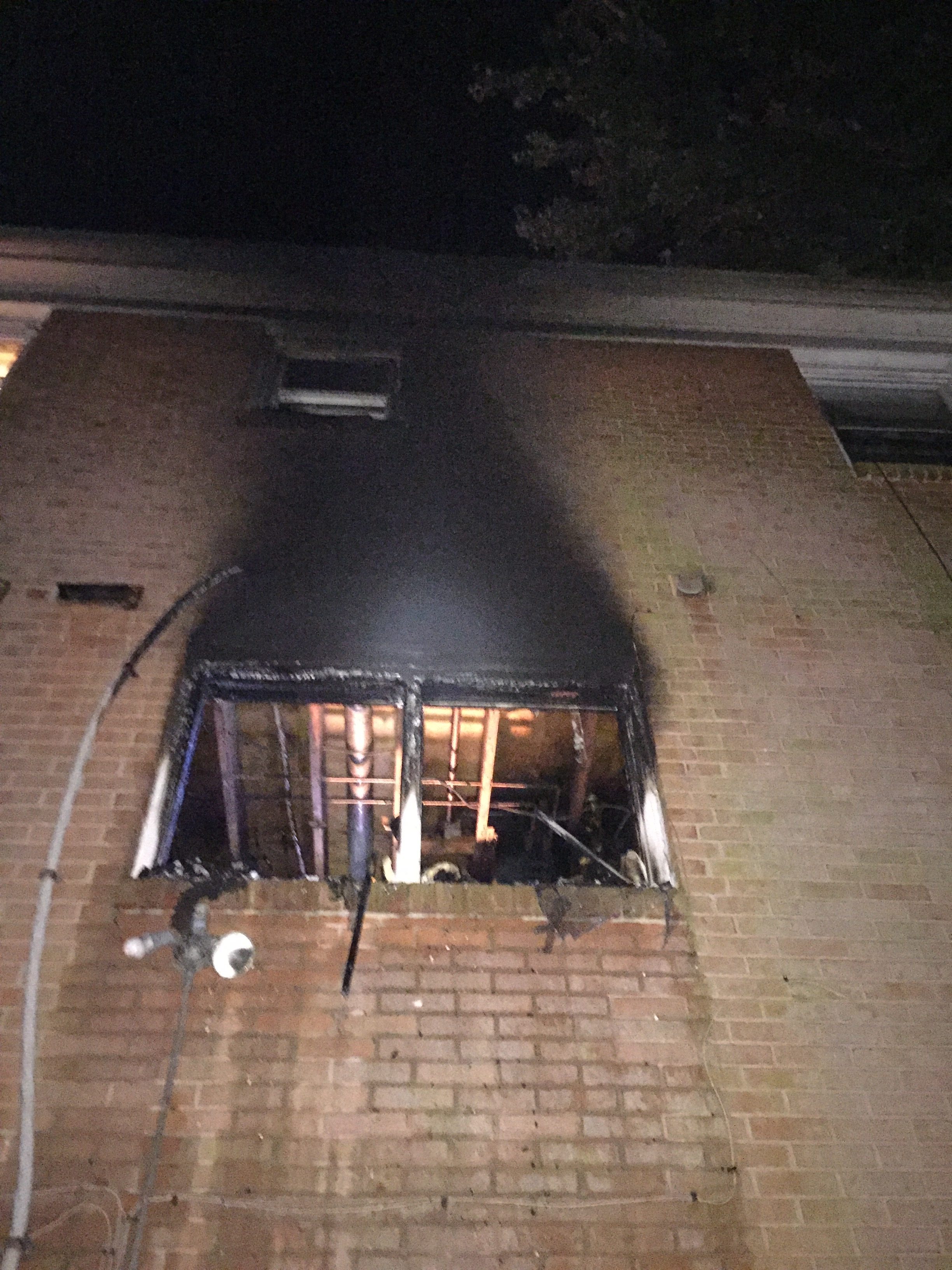 Flames from the fire left brick on the building scorched.

TO88 and E81 crews searched and laddered the building, confirming that the fire had not extended beyond the kitchen and that no occupants were in the structure. One resident had been inside the building when the fire started and was able to evacuate prior to fire department arrival; this occupant was transported by Medic 8 and treated for burns to the arm. Units remained on scene to provide ventilation and scene lighting while the Fire Marshal completed an investigation of the fire’s cause. 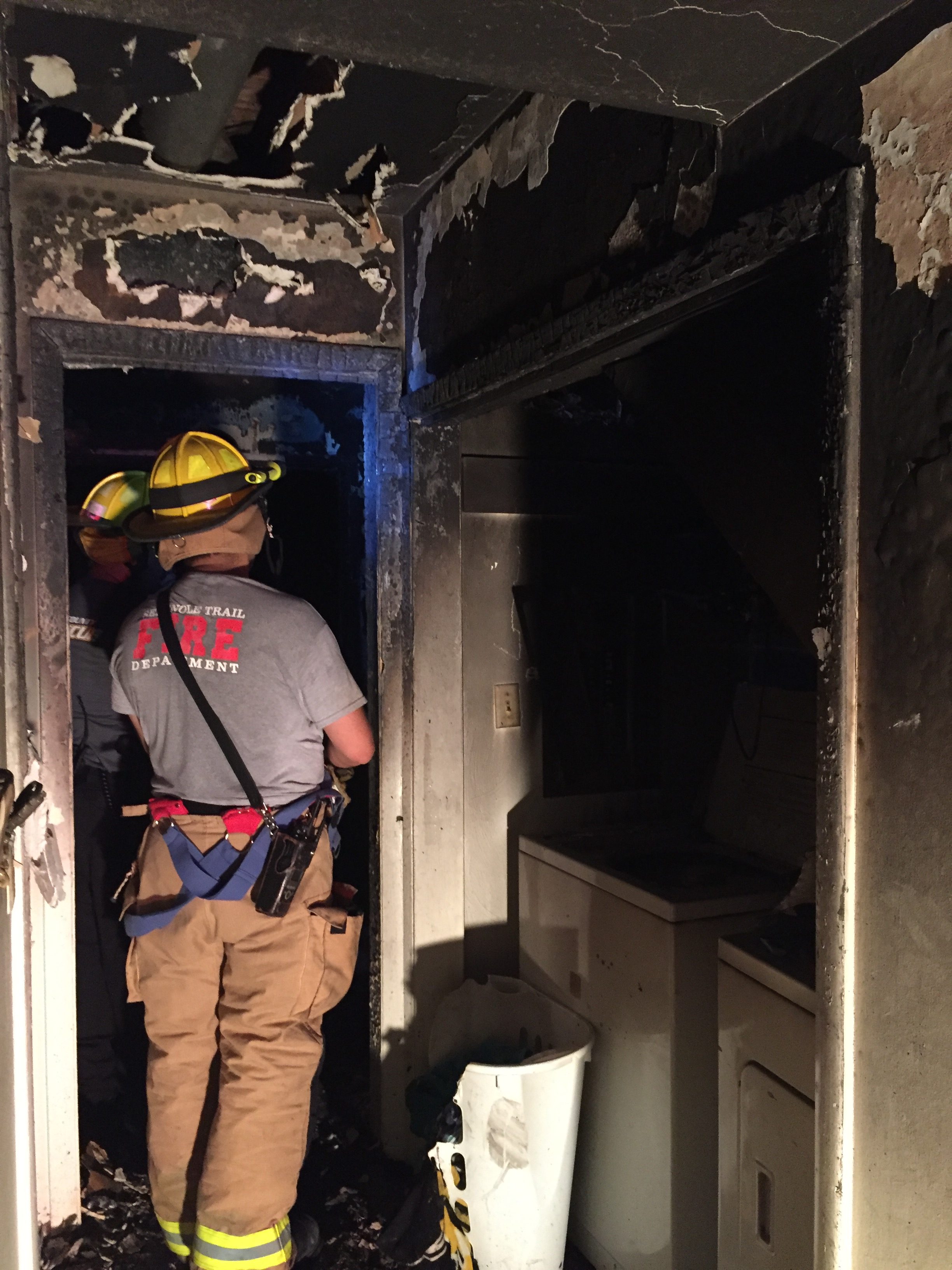 Firefighters inspect damage from the fire.